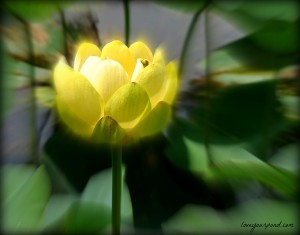 The Lotus, calling it just a flower seems like a description that is not quite fitting for such a plant. It is a plant with deep and ancient multi-cultural significance. A plant considered sacred in many religions, and mythologies. Lotus has been used medicinally for thousands of years. It is the national flower of India, Sri Lanka, Vietnam, Macau, Egypt, and other countries giving it consideration as well. Lotus is a symbol of beauty, love, victory, purity, enlightenment, and deity. Religions long forgotten as well as major religions of today like Buddhism, Hinduism, and Christianity all refer to the Lotus to some extent. The ancient Egyptians carefully covered their Pharaohs, including the famous King Tut’s, remains in lotus flower petals as part of the burial ceremony. For thousands of years this flowering plant was thought to have given birth to the sun! Certainly a flower or plant such as this would require some sort of special access and be difficult to acquire, yet it is probably available at your local water garden center, and can be easily grown right in your own backyard water garden. Well aren’t you special! 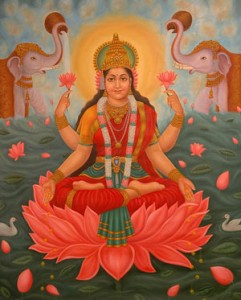 Lotus, or Nelumbo nucifera, is a flowering plant that is easily appreciated by even the most beginner water gardener or enthusiast. Its impressive flowers and leaves demand respect and attention. Lotus is not a water lily as it is sometimes described and there is current debate right now as to exactly which family the lotus belongs to or whether it will have its own unique family classification. Lotus can grow up to 5’ tall, the flower heads can grow up to 8” across and come in several colors like white, red, pink, yellow, blue, and purple. The leaves have a radiating vein design that is awesome; they repel water, and grow up to 24” across! Every part of the plant is usable too whether fresh or dried. Dried lotus seeds that were 1300 years old were still viable.

When growing wild, lotus is typically found in muddy or murky water environments, and can even grow in fairly dry conditions temporarily.  For the water garden, lotus likes shallow water and will typically be sold in its own tub that can be placed in your water garden pond with just enough water over it to cover the container. When the lotus is in blooming stage it can be fed frequently for better performance. Blooming stage is when water is typically around 60F or higher. Because of its height it might be better to place the lotus on the far side of the pond if the conditions are right, so it does not block the view of the pond. If protected from freezing your lotus should act as a perennial for your water garden. If it is very happy and left unchecked it can actually be pretty aggressive and maybe even grow a lot more than you may want.

If your pond gets over run with lotus, what can you do? Well the seeds, young leaves, rhizomes, and flowers are all edible. Lotus contains lots of vitamin C, vitamin B, riboflavin, potassium, and other good stuff. The large leaves can be used as wraps for sandwiches. You can even make fried lotus chips, or pickled lotus stems! The flowers and petals can be used for displays and garnish. Dry out the seed pods for flower arrangements, wreaths, rattles, gifts, or Christmas tree decorations. Lotus extracts can be made for a general good health tonic. Lotus is used for relaxation and to reduce muscle spasms. It has been used as an aphrodisiac and as a euphoric; some say it can induce enlightening and positive hallucinations. The medicinal uses are broad with applications in skin conditions, stomach and intestinal issues, eye conditions, cholera, fever, liver issues, heart conditions, antiseptic, bites and stings, dysentery, STDs, rheumatoid arthritis, and diabetes.  Lotus is also a sexy car, an expensive wine,  a great tune, and a yoga position to boot! 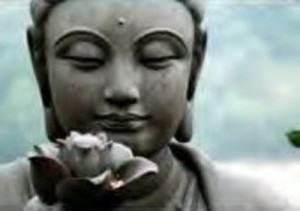 How about getting spiritual with your excess lotus? String up your lotus seeds to create a mala or prayer beads. Meditate and open you chakras if you’re into that. Breathe the perfume of the flower for an aroma therapy effect. The occurrence of lotus in spiritual themes is endless! Gods and deities often made their home within a lotus flower.

In today’s world we may just look at the lotus as another pretty plant since it can be found and acquired so easily.  If you take that step to actually keep this plant in your water garden pond be sure to learn more about it; it could change your life as it did for entire cultures and millions of people for thousands of years. No the lotus is NOT just another aquatic plant, and as I’ve heard it said “once in a while you can get shone the light in the strangest of places if you look at it right”; so be sure to look at your lotus flower right!

“As a lotus flower is born in water and rises out of water to stand above it unsoiled, so I, born in the world, raised in the world having overcome the world, live unsoiled by the world”

“Do not go to the garden of flowers!

O friend! Go not there;

In your body is the garden of flowers.

Take your seat on the thousand petals of the lotus,

And there gaze on the infinite beauty.”

By means of microscopic observation and astronomical projection, the lotus flower can become the foundation for an entire theory of the universe and an agent whereby we may perceive Truth.
-Yukio Mishima

Under the lotus plants it lies,

Hidden among the reeds in the marsh.

The lotuses conceal it in their shadow;

The poplars by the stream surround it.

Great Read !!!! Love Lotus flowers, even though I had one in my pond for 4 years it never bloomed. So we removed it because the container was so big and weighted so much and took up so much space. Now that i have Koi they would probably eat it. So I will have to just enjoy them from afar and from photos 🙂

Thanks for the feedback Elaine, send some photos! Lotus is amazing!

I dreamt an Angel dressed in a Blue Suit made of a leathery type of material. More like an aeronaughtical space type of suit. She came from the sky in the day light. Through the dream she multiplied into countless numbers, all appearing the same. When they landed many of us were frighten by there presence. Outside of building they were large. But were able to shrink in size when entering a buiding. They had no expressions on there faces. As I was hiding several of the Angels reached out towards people. In her hand was a Glowing White Lotus with a gold in color center. When a person saw the Lotus, they would suddenly be calm and reach from her hand the Lotus flower and placed it in there mouth. Then the person(s) had sudden peace in there faces before disappearing. One of these persons was my eldest daughter. After eating the flower I heard her voice tell me not to be afraid and that it was beautiful. Although I could hear her voice, her lips did not move. Still afraid, as one of the Angels tried feading me the Lotus, I ran outside hiding behind a dumpster until they left. Suddenly the skys darkened and then I woke up. Before this dream I only new a Lotus to be a car. I dreamt this dream about three years ago from today December 12,2012. Until now I forgotten all about this dream. My daughter reminded me of this dream tonight when I brought up Jesus and his parable of “Sower and the Seeds”. Up until today I still thought that a Lotus was a car. Wierd thing was, I never told her what the flower was. I only discribe it as a Magnolia Flower. I cant discribe the feeling i got when she googled a picture of this flower and then shared with me its spiritual history.

Can dried seeds of lotus regrow.

Hello Chandra. Yes, dried seeds can be viable; of course depending on how they were dried. I may be mistaken, but I believe that some extremely old, like thousands of years old, lotus seeds were found and grown successfully (but don’t quote me on that, it’s between me and you!). Good luck! -Mike