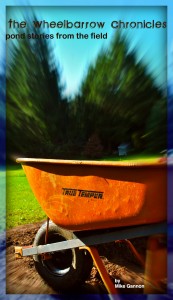 Just started reading your blog a few days ago; and I’m loving your newest series. Looking forward to the next installments.