YELLOW GOLDFISH, A LEMON OR A CANARY? 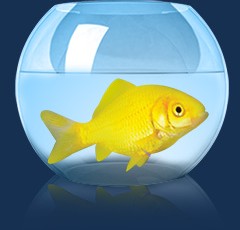 The common goldfish has been a staple of modern fish keeping drawing countless thousands perhaps millions into the hobby, and why not, with their bright colors and engaging demeanor they easily capture the hearts of fish keepers. When most fish keepers make that decision to keep classic goldfish they may not be aware of the ancient lineage that they are getting involved with. Goldfish have their roots set far back in antiquity. Goldfish, originally raised as a food fish, and originally more of a grey/green color have been documented for thousands of years now. The first mention of the “GOLD”fish makes its appearance in ancient Chinese texts from the Jin Dynasty between the years of 260 – 400 a.d.

Goldfish from ancient times of course exhibited many color morphs such as gold, red, white, and even yellow. The keeping of goldfish was not an activity for common people and was only enjoyed by the aristocratic level of society. The keeping of the “yellow” goldfish was highly illegal being that yellow was the color of the ruling families. By the 1600’s being punished for keeping a certain color fish had relaxed a quite a bit. At this time the goldfish was introduced to southern Europe becoming wildy popular, and was even used as a traditional 1 year anniversary gift, later replaced by paper (boooring!). The popularity of the gold and red colored goldfish exploded at this time, and the yellow goldfish went below radar.

Recently the yellow goldfish has made a come back in popularity, gaining common names of Canary goldfish or Lemon goldfish. The refreshed interest in yellow goldfish may even be helping to save the goldfish hobby which has been in a slow decline over the last several decades with competition from other aquarium fish such as marine varieties, and invertebrate aquariums; not too mention the “damage” that koi have done as koi popularity steadily rises for pond keepers who at one time would have never thought twice about whether they will keep goldfish or not, of course they would have!

The first thing one notices about the Canary yellow goldfish is of course its bright beautiful true yellow coloration, but wait…there’s more! The yellow goldfish really stands out against any other color variety of goldfish and even holds up its visual interest against the increasingly popular koi. Secondly, the yellow goldfish has the same great qualities as the common goldfish. Yellow goldfish are very hardy and easy to care for, perfectly suitable for indoor or outdoor fish keeping, with an ideal water temperature around 70F. Also, the yellow goldfish accepts the same wide variety of foods that any other goldfish would accept, prepared flake and pellet foods are readily accepted along with treats like fresh peas and various salad greens. The yellow variety mixes well with all other variety of goldfish including some of the more exotic strains, and is a classic schooling fish preferring to be in large groups. Lastly, they become mature at about 1 year, and have a life expectancy of 20+ years; with some goldfish attaining 40+ years in captivity.

14 Comments on YELLOW GOLDFISH, A LEMON OR A CANARY?