THE WEATHER LOACH, THIS DOJO GOT SOME MOJO! 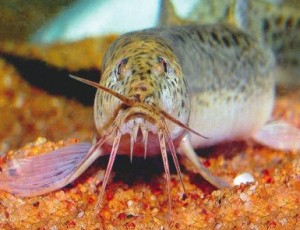 The Dojo got some mojo!

The Dojo loach that is. Also known as the pond loach or oriental loach, but best known as the weather loach. The weather loach is an amazing fish that has had a relationship with mankind going back thousands of years; making it one of the oldest “domesticated” fish swimming this planet. The weather loach, or Misgurnus anguillicaudatus, has served mankind as a food fish, as an aquarium pet, and as a pond bottom feeder; but it is best known for its ability to predict weather!

Who cares what the groundhog says, really who cares what the weatherman says; if you want some accu-weather forecasting then you need to tune into your weather loach for an up to the minute forecast. Keeping a weather loach in a glass container to predict weather is an age old practice, and a pretty accurate one too. It is commonly known and proven to be true that the weather loach senses changes in barometric pressure and will behave erratically with bursts of wild swimming activity before a storm hits. Or, even standing themselves straight up on end. When this behavior occurs you can break out the weather gear!

The weather loach has an almost eel like, almost catfish like appearance but it is neither. It is a pleasant looking elongated scale-less fish, with a yellow brown to green grey coloration spattered with black spots or striping. There is even a golden variety. All variety of weather loach will max out at about 10”-12” in length.  It has strong and prominent pectoral fins, which is also a good way to tell male from female with the male pond loach bearing visibly larger pectoral fins than the female. Males tend to be more slender than females as well. Both male and female have sensitive barbells around their mouths. The 10 barbels in total, are used to forage for food by picking up on chemical trails; this loach does not forage for food by sight!

Weather loaches are easy to care for, extremely durable fish living up to 10 years. They prefer cold freshwater, which make them great for keeping in our backyard ponds. They are friendly and social, not seeming to mind human contact. They prefer being kept in groups, which only adds to their fun almost comical personality. They can disappear for days on end by digging into the substrate and popping out just enough to watch their surroundings. In the wild they can survive out of water for extended periods of time by secreting a mucous coating around their bodies in time of drought. They accept a very wide range of foods and will forage in your pond or accept prepared foods just as readily. Cooked peas are a favorite treat of the weather loach, and your goldfish may join in that feast as well! Their adaptability makes them an excellent choice for backyard ponds, water gardens, and aquariums. 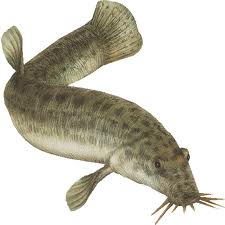 However; these guys are also found throughout the world in the wild, preferring habitats such as rivers, streams, lakes, even agricultural waterways like canals and ditches.  Misgurnus anguillicaudatus is native to Korea, Vietnam, Japan, Siberia, and China where they are a popular food item raised on massive farm operations. They have been introduced and thrive in areas like Europe, Eastern Europe, Australia, and North America. Some areas of the world consider them noxious and dangerous requiring citizens to report sightings of these fish to the authorities, and imposing heavy fines on persons possessing these fish. It can be found listed on the Global Invasive Species Database and is considered a bio-security threat in Southern Australia. In England you need a permit to keep the weather loach, and there are outright bans on them in some parts of the world. And yet other parts of the world they are listed as a species of least concern and no threat!

The threats they do pose are generally regarding native fish and insect populations. Because they eat a wide variety of food and are constantly foraging the weather loach can have a serious impact as a result of its consumption of native fish eggs, native insect larvae and crustacean populations. Given that they also reproduce easily in the wild with a high survivor rate, they simply out compete native populations.

Because they are so hardy they make for great additions to our backyard ponds and watergarden. They will socialize very well with koi and goldfish, even acclimating to accept their foods; so no special food is required. It’s diet within the pond will also be supplemented by foraging for bits of algae and aquatic “bugs”. Breeding in your backyard pond may not occur. However as part of the courtship the male will wrap himself around the female and wait until she releases her eggs so he can fertilize them. This courtship can take hours! The eggs are not cared for by either parent fish after they are fertilized, much like goldfish and koi. When choosing your weather loach, look carefully at the body of the fish. If you see redness or sores in the mouth area, around the gills, eyes, or fins do not accept the fish. If your selection seems “skinny” do not accept it. The skin should be smooth, and the fish should behave in a upbeat manner, not hiding or laying motionless.

Once you have your weather loach home, acclimate it just like any other new addition to your pond. Never release weather loaches into local waterways if you do not keep it. Enjoy the interesting new addition to your pond. Keep a close eye on its behavior and pretty soon you will become the local weather authority by supplying your family and friends with “Dojo loach weather updates” from the pond!

11 Comments on THE WEATHER LOACH, THIS DOJO GOT SOME MOJO!