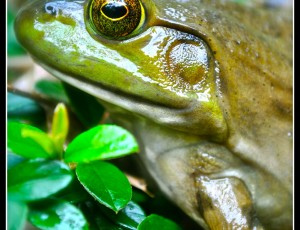 The hardy bullfrog can be found hanging around ponds. Typically spending time along the edge of the pond in plants. Bullfrogs are great fun to watch.

The comments are closed.