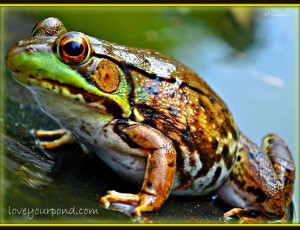 The green frog is a classic pond frog. Those frogs you see sitting on lily pads are often green frogs. Lots of fun and no special care required!

The comments are closed.