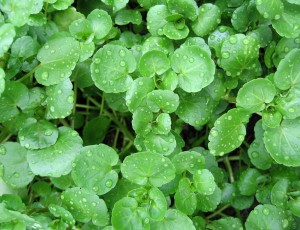 Watercress. What is watercress anyway? Is there such thing as rockcress or maybe landcress? How about outerspace cress? Cress, really?

Yes, cress, really. There is landcress! There is rockcress! There is NOT outerspacecress, and I am sorry if that disappoints you. Truth is that cress, watercress primarily, played a huge and often times important role in many civilizations of the ancient and not so ancient world. Watercress’s botanical name is Nasturtium. It is an ancient plant utilized around the globe throughout history. And you still are not growing it in your pond? Why not?!

Cress is a tasty edible herb that is easy to grow. Cress grows in many conditions that yield the varietal names of rockcress, landcress, gardencress, etc.cress., and has been cultivated by numerous cultures for pretty much, ever! That’s a pretty impressive plant. These facts are what make the watercress variety even more impressive. Forget that this plant with its mats of rich green leaves and clusters of tiny white flowers can easily be grown right in your own water garden, pond, or even as a container plant.

Watercress, of course, being the aquatic variety of the cress family of leafy vegetable, is in fact the most ancient leaf vegetable consumed by humans. Peppery in taste, it is closely related to the mustard plant. Watercress is known as a super food packed with vitamins, minerals, and antioxidants. It has more Vitamin C than an orange, more calcium than milk, and more iron than spinach. Wouldn’t this be nice to have right in your backyard?

The Greeks and Romans, Anglo Saxons and French, Victorians and even the ancient Egyptians all used watercress for medicinal, culinary, and “recreational” purposes. It was grown in massive amounts by ancient rulers as well as in just bout every household garden. The Chinese used watercress as far back as 2000 BC as a restorative and healing remedy for ulcers, tumors, sore throats, and general healing remedy; not only eating it but using it as a tea. Many of today’s Chinese restaurants still have watercress soup on their menu offerings.

Watercress was used for cleansing of the blood, a cure for baldness and scurvy, increased intellect, improved vision, a general detoxifier, a hang over cure, a “cure” for freckles and toothaches, a weight loss supplement, a breath freshener, increased sexual vigor, and was probably the world’s first energy drink with the juice being served to pharaohs’ servants for increased productivity, and the ancient Egyptians were definitely productive! Recent studies from 2010 suggest that watercress may inhibit the growth of breast cancer and lung cancer. Watercress was also widely used in culinary practices whether eaten by the handful or artfully blended into the most spectacular fine dining experiences. There are numerous watercress recipes from soup to salads with a quick recipe search. And your water garden still does not have this plant?

How about the fact that watercress is easy to grow and an eye catching aquatic plant? It can be grown from seed, or easily obtained through a garden center. It helps to beautify your water garden by softening the edges of your pond and producing lots of green leaves and pretty little flowers. It improves your pond’s water quality too by removing nutrients and particles from the water that drag down water quality and clarity. If it is used to cleanse our very own blood, surely it can purify pond water!

Well, if I can’t get this backyard water garden plant through to your mind, how about your stomach? 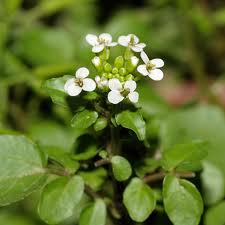 Hand them out to your friends and chow down! These are great sandwiches.

Watercress, the water garden world’s “new” wonder plant. It’s beautiful, functional, easy to grow, requires virtually no maintenance, and you can eat it! That’s some pretty awesome features of a very awesome plant. And it’s still not in your water garden!!